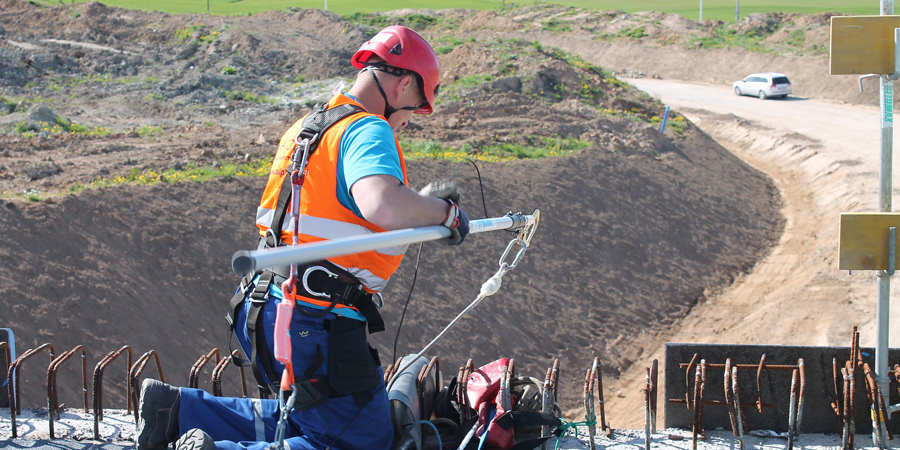 Post 2005 after the work at height rules had been proposed and implemented in the U.K construction industry (2 metre) – a pragmatic turnaround was further proposed and brought into action via independent evaluation.

Prior to 2005, before the rule was in place, the Work at Height study included a number of key industries, which were chosen to ensure that they included both those where high falls (from above two metres) were a risk and those where low falls (up to and including two metres) were a risk. Such as construction; steeplejacks; building maintenance; arboriculture; window cleaning; electricity production and distribution; shipbuilding and aircraft building and maintenance; telecommunications; food and drinks industry; road haulage; education and retail.

As a scope of analysis and removal of 2 metre WAH rule post 2005, following industries were chosen: construction; steeplejacks, building maintenance; shipbuilding and aircraft building and maintenance; and telecommunications.

The main argument against the core set of beliefs that enabled this 2 metre WAH rule was the case for common slip, trip and falls. The most commonly found safety hazard from health and safety viewpoint. They can occur at any height or on any surface due to negligence and careless behaviours. The 2 metre rule was fast becoming a misnomer in the field of safety.

While the construction manager would suggest that appropriate safety gear is only required for height on and above 2 metres. They along with the safety manager knew that fall hazards are still imminent from lesser heights. What matters in such cases is the position, impact and tenderness of the exposed body part. The harm can range from common injuries, concussion to head trauma – life threatening to varying degrees.

HSE, U.K took notice of these challenges and setup a study that looked into prior- and post-deployment evaluation of the 2 metre rule.

While the common safety pitfalls were reported in safe system of work, such as improper use of portable ladders contributed to most incidents in construction industry. This became an area of interest pre- and post-deployment of the 2 metre rule.

The HSE personnel recommendations within the study varied from good to neutral for the institution of 2 metre rule. They remained cautious as to how this would translate into safety at site. However, once the rule was scrapped for the highlighted industries, it prompted a review for the guidance of using ladders, MEWPs and associated safety protocols.

The workers also noticed a change in safety attitude on site once the 2 metre rule was scrapped. With more vigilance and better equipment becoming available to them for work at height which was delimited now.

The aim of the study was to create a snapshot of awareness, effectiveness and gauge the impact of WAH regulations. This study by Health and safety executive (U.K) meant to investigate the difference between placing regulations and gauging their actual impact on the industries that are constantly working with WAH regulations.

What this means for the rest of the world is that safety isn’t merely about letter of the law and regulations. It needs to constantly improve itself if via third part evaluations – the inputs from field are crucial, as they are the ones that tackle work challenges through the purview of compliance.

Independently, it communicates that hazards work and ply humans through a varying degree applied effort – a low voltage current is still hazardous despite of bearing no warning – MLCBs and ELCCBs seen in our daily lives are the safety witness.

Similarly, a fall hazard from less than 2 metres can prove lethal for the unprepared and uninitiated workers. Safety isn’t about best intentions but cautious decisions taken in coordination with safe work system and applied uniformly across the whole site.