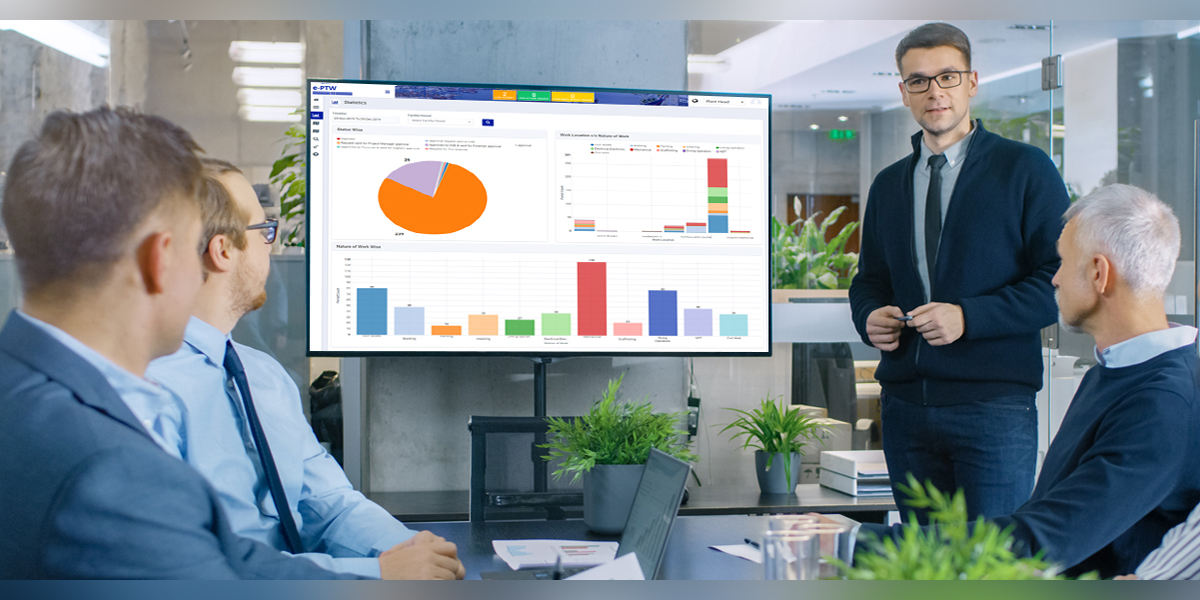 Sandcam Inc.** was a multinational corporation having 32 work sites/manufacturing facilities across 15 different geographies. A total of over 70,000 people were employed around the world.

The quarterly summit of managers from all geographies was always a volatile event. As a progressive corporation, Sandcam invited all its front line managers to come up with fresh ideas that would result in better productivity. The meet would inevitably bring out the best ideas from its truly committed employees and stakeholders. The theme for the quarter was the enhancement of HSE.

Dave Capello** was the Plant Head of the manufacturing facility of Sandcam Inc. in Mexico. He had received a strong mandate for automating several safety processes that were prevalent on his site. After studying the requirement for several weeks, he had firmly come to the conclusion that a custom developed software application was needed.

Tracy Renner** was the Warehouse Operations Manager for the same corporation, in Istanbul, Turkey. She had joined just about 6 months back. She had also received a mandate for procuring a software application that could be implemented quickly.  She was convinced that a ready-made software application would be able to do the job. She was backing it up because she had done it in her previous employment.

Most managers had come equipped with one or the other idea but Dave Capello had done extensive study and research for their propositions. He happened to be the top performer in their organization and routinely met his targeted results. He was the go-to person, for introducing any new process, system or innovation. He cared deeply about safety and his commitment came from his strong bond with the staff that worked under them, including the safety team. Tracy was extremely driven and pursued a project with sensibility and enthusiasm. She did not have much knowledge about safety but had experience working in the operations department.

They both had studied the need for safety software after getting multiple inputs from their respective safety teams. Based on that, they had both already engaged with several external agencies / service providers for their respective requirements.

In her presentation and proposition, Tracy laid out some of the primary (and urgent) requirements of her facility which included:

As she moved forward, she continued to validate the above points. She clearly mentioned that considering her budgets and overall time, she had decided to get a ready-made application.

Dave, on the other hand, countered her points with his own. He was staunchly supportive of a customized software application for several reasons. Perhaps his decision stemmed from the fact that his plant was much bigger and entailed multiple processes in comparison with the warehouse operations that Tracy was managing. In his thorough discussions with the safety team on site, they had clearly defined their requirements and future outcomes that were expected out of the application. After viewing multiple demonstrations from different vendors, they had concluded that customization of the software application was indeed required.

Dave presented the following primary objectives to the council:

Dave said that already, a significant amount of money had been invested in the review and revamp of their existing HSE systems. The new system promised to enhance the safety performance on site. He counter argued Tracy’s proposition in the following manner:

Dave had also presented some extended benefits that customized software can provide, like:

Initial investments might be higher comparatively, but will even out in the long run. There is the added advantage of owning the software rather than renting it

Well they didn’t go to Dave purely for advice. They truly respected his line of thought, homework and commitment towards its successful implementation as well. His reasoning of a seemingly simple but highly important decision was always well received.

But what do you think? Was Dave right in suggesting a customized software? Was Tracy being hasty in procuring an “off-the-shelf” safety application?

We’d love to hear your views in the comments box