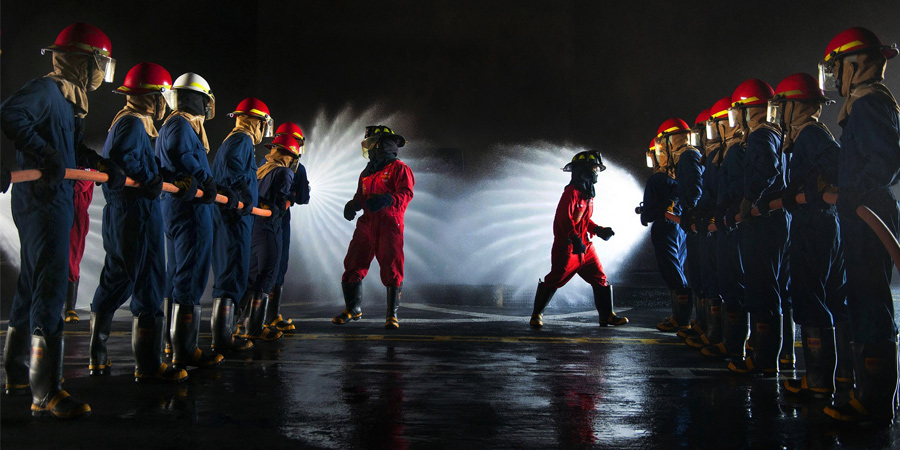 India’s Ministry of Labor and Employment has introduced a new labor legislation that has merged 44 labor laws under four categories – wages, social security, industrial safety and welfare, and industrial relations. Code on Occupational Safety, Health and working conditions consists of amalgamation of 13 labor laws that are related to safety and health standards, health and working conditions, welfare provisions for the employees etc.

The move serves the purpose of providing a broad legislative framework that aims to secure ‘just and humane conditions at work’. At a workplace, occupational standards are responsible to create, enforce and maintain workplace health and safety. Companies need to mandate these comprehensive and effective OHS guidelines as they stand important for economic, moral and legal reasons.

These Indian labour laws govern mines, factories, migrant workers, docks and ports, and contract workers and these structural reforms had begun in the late 2014. The laws framed in 1948 to 1996 are merged into one code, thus bringing in coherence between them. Moreover, a simplified access of various provisions in the law is provided to the concerned stakeholders. 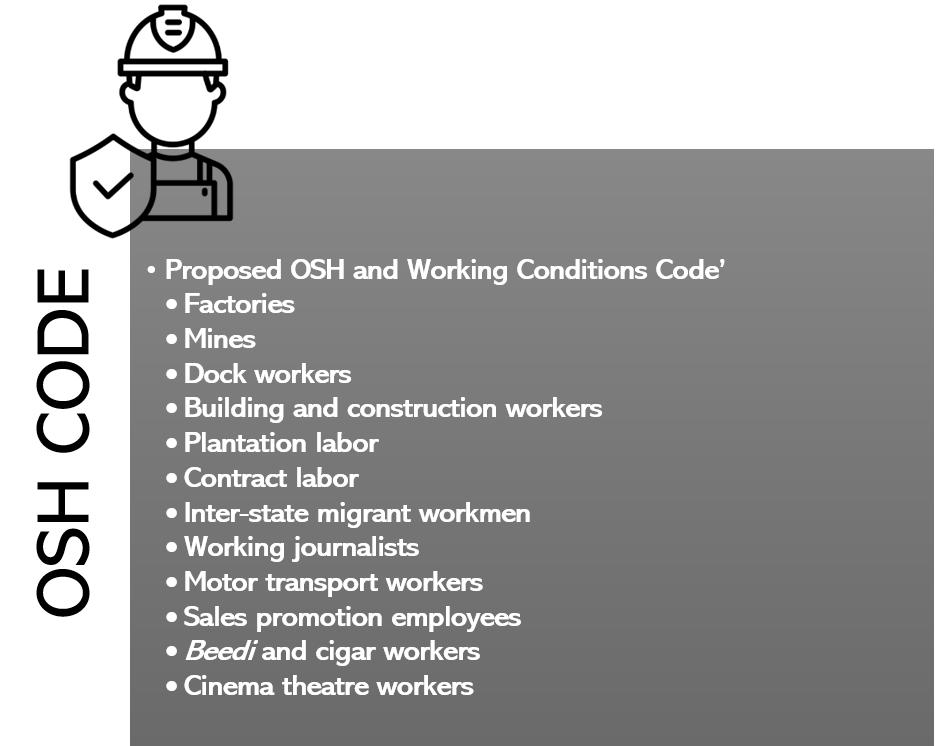 This code extends to all the establishments that comprise 10 or more workers, other than establishments related to mines and docks. The key takeaway is the code of industrial relations, which has increased the thresholds for trade unions. Plus, there are reforms to improve productivity, talks about curbing unregulated growth of manpower suppliers and firms etc.

The new labor bill has focused on the ‘dignity and safety’ of a woman worker and held it paramount. Working hours for women are defined between 6 AM to 7 PM and beyond those timings, an employer has to ensure her safety.

One important feature of the Labor law is the definition of – family, which has now included dependent grandparents. The provisions and benefits extended to parents can now be availed by their grandparents also.

For worker and employer benefits, there are changes in the overtime hours. Prior to the bill, a worker could work overtime for 100 hours and the modifications have enhanced overtime to 125 hours. However, the overtime cannot be obligated by the employer and it can be planned only after the consent from the worker. Wage calculations remain the same, where the ‘ordinary rate of wage’ means the basic wages plus dearness allowance or any other allowances (considered as a part of the wages).

There has been a suitable emphasis on the welfare facilities in the establishment in the 6th chapter of ‘welfare provisions’. In addition to maintaining hygiene and separate facilities for male and female, importance to crèche for children (under 6 years of age), quality food in canteen, first aid facilities is given. Provision of a welfare officer, shelters and restrooms in case of weather disruptions (a clear-cut emphasis on OSH caused by climate change catastrophe), accommodation to the contractors and all such welfare steps should be ensured on the employer’s part ‘as far as practically feasible’.

OSH and working conditions bill is established with a motive of achieving a right balance between worker and employer rights. Critical aspects such as free-of-cost annual health checkups on an employer’s part above a prescribed age are also addressed. Also, the bill emphasizes on providing an appointment letter to every employee (to sustain formal economy which still holds only minority stake in India).

These guidelines help streamlining many of the industrial processes. In health and safety cases, the bill intends to help investors and accelerate growth, provides clarity for their future decisions.