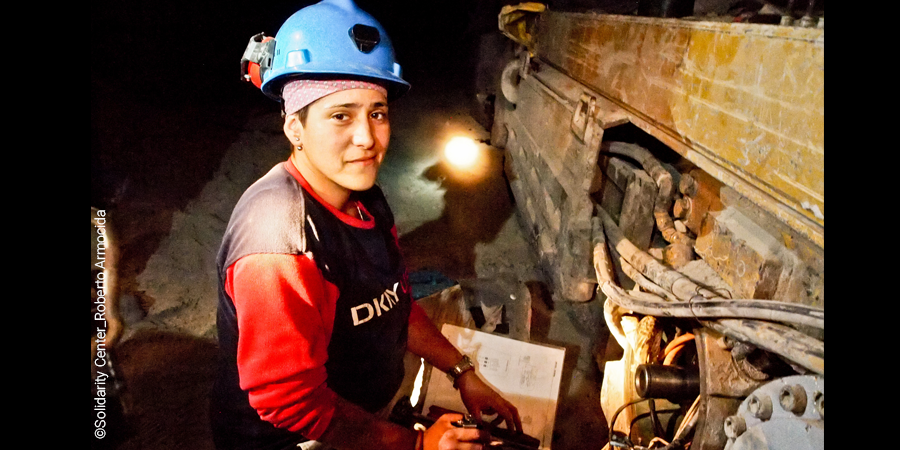 According to the World employment and social outlook report (ILO) – Trends for woman 2018 – “closing gender gaps remains the most pressing labour market and social challenges facing the global community today”.

These comments in the light of circumstances that have been created in India that have seen the rise of female workers yet at the cost of several disparities makes social inclusion and diversity in Indian workforce a cause of concern.

As a developing country where female foeticide is a huge challenge faced by our population dynamics, social inclusion in employment for both educated and unskilled women remains a constant struggle.

Although it would be unjust to term women as the “weaker section” of the society today, but it wouldn’t be misplaced to term the daily wage female labourer as “vulnerable” and most likely to befall both economic and social exploitation; in their line of employment.

Educated white collar skilled women face on the other hand face challenges related to unnecessary peer and management pressure or nature of demands that are inappropriate as per the law.

However, this is not to discount the nature of sexual harassment and inappropriate behaviour that are prevalent in all strata of society. Vulnerability of women therefore becomes more and more convoluted and pressing when ‘family’ is added to the equation.

Here is a look at some of the key legal protection:

The Act has now made it necessary for businesses to educate a female employee of her rights under the Act right at the time of appointment. Government employees are qualified for maternity leave for their initial two live conceived kids; for a time of 180 days.

A lady with effectively at least two kids is qualified for 12 weeks’ maternity leave. A leave period of 12 weeks will be allowed to a lady who has adopted a child younger than three months. Additionally, the choice of telecommuting or work from home for new moms along with Crèche facility has been made obligatory. This corresponds under the change for organizations with at least 50 representatives.

The Sexual Harassment of Women at Workplace Act, 2013

Supreme Court of India’s definition of sexual harassment has been adopted in the law as well: physical contact and advances, demand or request for sexual favours, sexually coloured remarks, showing pornography, or any other unwelcome physical, verbal or non-verbal conduct of sexual nature.

The penal consequences of indulging in acts that may constitute sexual harassment and the composition of the Internal Complaints Committee (ICC), organize workshops and awareness programmes at regular intervals for sensitizing employees on the issues and implications of sexual harassment in the workplace and organizing orientation programmes for members of the ICC, treat sexual harassment as a misconduct under the service rules and initiate action for misconduct.

No woman worker shall be allowed to work in a factory except between 6 a.m. and 7 p.m. The State Governments may by notification vary the limits as set out in this point, but in no circumstance will women employees be allowed to work between 10 p.m. and 5 a.m.

The shift timing of a woman worker cannot be changed except after a weekly holiday or any other holiday. Hence, women employees are entitled to get at least a 24-hour notice for their shift timing change.

There are prohibitions for women workers to work in a hazardous occupation.

The Factories Act also stipulates the employers employing 30 or more women workers to provide for crèche for children of the women workers, aged 6 years and below.

There are various other facilities which are required to be given to workers in a factory such as washing and bathing facilities for women, toilets (latrine and urinals separate for women), restrooms and canteens.

Article 39 of our Constitution directs that States shall, in particular, have policies towards securing equal pay for equal work for both men and women,

Employers shall pay equal remuneration to its male and female employees who are carrying out the same or similar work. Employers cannot discriminate between men and women while recruiting unless there is a restriction under the law to employ women in certain industries.

The above enumerated laws have provided female workers with the protection of law that have come about as a labour of litigation and women who have rung the highest annals of law in India to seek answers to such questions.

This blog has been taken from the current issue of B-Proactive EHS magazine (11th Issue) in its entirety.