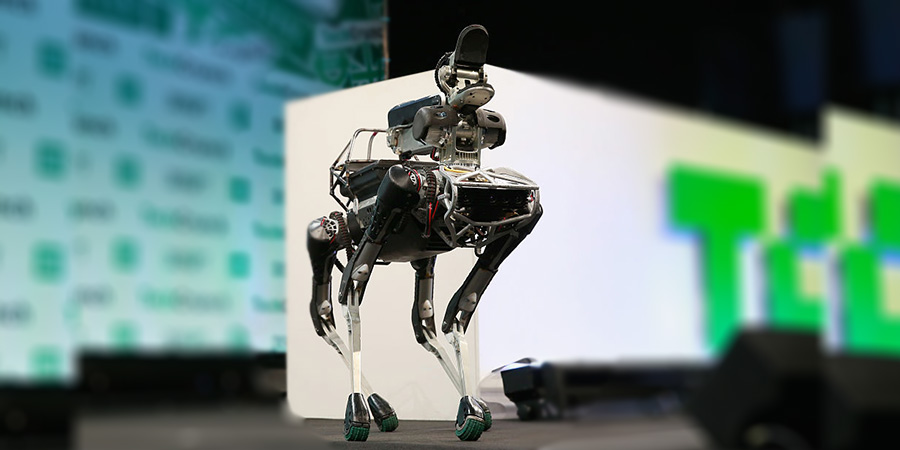 Nowadays, headlines tend to focus on some weird yet wonderful robots of the world – those consist of mechanical dogs by Boston dynamics and other Silicon Valley startups. Attention is now more focused on ‘technology waves’, – digitalization, information and communication technology and robotics, and all of them are the crucial elements in the development of this new ubiquitous society.

Yes, we are in the beginning of a long and exciting journey – a path where robots are achieving higher degree of autonomy. A sort-of a revolution is led by the robots that clean airport lounges and supermarket aisles; these inconspicuous machines operate when everyone goes home and the lights are turned off.

Their ability to cover huge spaces periodically and capacity to combine multiple functionalities such as audio, video and image processing can bring operations to the highest level of efficiency. Motion control, servo drives and related components are now gaining traction – more focus is towards efficient sharing of work between humans and machines on a task level.

Workplaces strategies are now adapting to the realities of the modern workplaces – while intelligent machines take on the ‘science of the job’, humans now try to master the ‘art of the job.’

Transitioning towards a more ‘intelligent’ mindset

A culture shift needs to occur before embracing robots as a whole – the conflict between humans and robots needs to be dealt with approaches and innovations that harnesses the ‘best of both.’ The clash isn’t new, and it’s been revolving since the time of steam engines – people went repudiating, and were skeptical about their adoption.

But still, machines have been a part of a human reality for a long time – well, they have reached exceptional capabilities and robustness, thereby contributing in a variety of industrial applications.

Boston Dynamics is one such example – their robots are evolving from powerful and stationary machines into sophisticated, mobile platforms to address a broader range of automation needs. Following information confirms the extent of diversity that robots can offer.

Spot, a nimble robot is designed to traverse through tough terrains – able to withstand dusty and wet industrial environments, it can accomplish industrial sensing and remote operation needs. While it can inspect progress at construction sites, its vision system can be used to improve awareness in oil and gas industry.

Handle is mobile robot that eases operations in warehouses – its small footprint, long reach and vision system can be used to unload trucks, build pallets and move boxes throughout the facilities. With the capability of handling multiple jobs, industries can service multiple manufacturing lines with a single robot.

With alterations in design and capabilities of the robots, they are now preferred with more motion and collaboration. Simply because a work environment has an integration of both humans and robots (both work in coherence) – to avoid risks and accidents at work, robots are now built with sensing capabilities.

The greatest OHS benefits that stem out from the wider use of robotics is the substitution of people in unhealthy and dangerous environments. Where humans can extrapolate skills of creativity, decision-making, flexibility and adaptability, robots can perform heavy-duty jobs with precision and repeatability. The initial tasks of robots were simple and repetitive – now with the advent of AI, it means that they can also ‘think’.

The future sees the ‘man-robot’ merger; optimal skills need to combine as both of them will now share a common workspace. Its impact shall grow overtime as it will influence most of the aspects at work. Where robotics has the potential to transform work practices (immense thanks to the memory capacity of AI apps and robots), they are eventually ushering in the era of becoming human assistants (which has already begun), and ultimately, supportive coworkers.