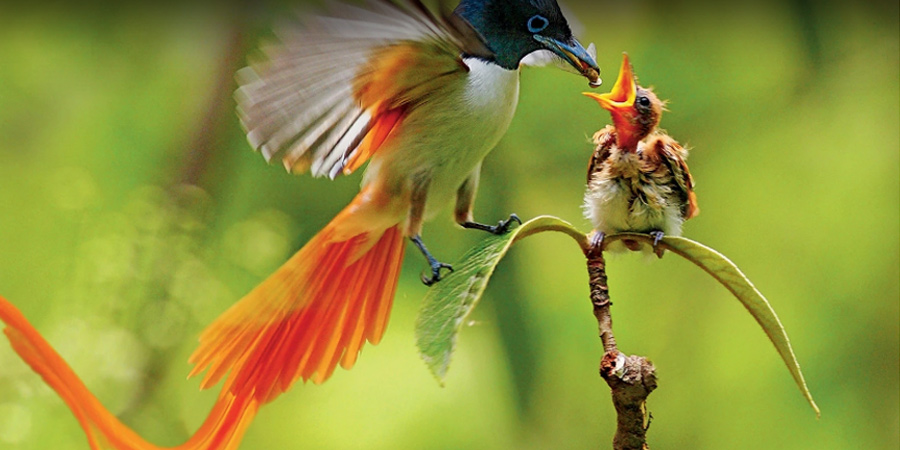 Every living thing on this planet is expected to grow. Whether its trees, animals, birds or human beings, giving it due care, nourishment and attention will (expectedly) allow it to grow. But how does anything go from expected to extraordinary?

Most people are now aware of the beautiful birds that reside in the forests of New Guinea (Better known as ‘Birds of Paradise’). The story of the swaggering, serenading and seducing birds of one of Asia-Pacific’s last remaining rain forests, is well documented. Many of the elaborate dance routines, acrobatic poses and awe-inspiring rituals are an audio-visual delight. In case you’ve not seen it yet, here’s the short clip on National Geographic’s YouTube Channel. These birds have even found a significant mention on Wikipedia: https://en.wikipedia.org/wiki/List_of_birds_of_Papua_New_Guinea

As per the documentary, there are over 40 different species of such birds, each having a single objective behind every move – seducing a worthy mate!!! Not surprisingly, it’s the males doing all the dance and tapestry, vying for every moment of attention that they can get, for winning over their female counterparts. Now, where else have I seen such a living species?

The island of New Guinea is supposed to be the second largest habitable island of the world. These forests are one of the most densely covered lands and receive heavy rainfall all through the year. The question though is, are these going to last long enough for our children to see and experience this serene beauty?

It’s important to know though, that it is the adaptation of these birds to the wildly natural habitat that has allowed them to evolve into something extraordinary. Competition is fierce… selection is rare… but these birds continue their routines, nevertheless. Little do they realize, that they are moving towards an incredible existence.

The United Nation observes an “International Day of Forests” on March 21st every year. Just like every year, this year will also be marked with a theme. On this “International day of forests”, my concerns are pretty simple … Will the next generation ever know the importance of a natural act of climbing a tree? Grazing knees in the process? The inevitable quandary of falling from heights? The helplessness when stuck in between branches? The incredible amount of learning and fun? Will he ever see a forest in the first place? Ultimately, what about the natural evolution towards the incredible?

New generation realities have changed with information overload, though. Talk about forests and children these days are talking about the ‘new game’ developed for iPads having the theme of forests. Trails are blazed in a ‘virtual environment’ while survival is based on the number of levels completed!!! Conversations revolve around latest versions and upgraded game levels with denser forests and surprising enemies (a rare species of grizzly bear perhaps!!!). CGs (Computer Graphics) are the place where virtually realistic forests are viewed and adored. The new survival instincts are being developed of the virtual kind by the GenX (shall I add GenY here too?).

Enough has already been written about deforestation, CO2 emissions, global warming, potential threat of potable water scarcities, depleted natural resources, ecological balances… and the list goes on and on!!! It’s high time that the millennials, the GenXs and the GenYs are made aware of the destruction that has been done and the stance that needs to be taken. I believe that the best way to make them realize this is to take them to such forests and let them explore its natural flora and fauna in its gorgeous galore. It’s time to ‘let them free’, to develop the natural survival (and might I add safety?) instincts. This forest day, no pledge could be more promising or inspiring than taking your child to a natural habitat and watch him play, fall, climb, grow and learn using just natural instincts. It is this development that will ultimately take them from expected to extraordinary. It’s the best way to make them realize the gravity of it all. And perhaps we could hope to see them enjoy the natural singing and dancing of these birds as well!!! Happy Forest Day!!! May the exploration begin…