Robots have become a part of the social fabric of humanity with the government of Saudi Arabia having granted citizenship to Sophie. Sophie is a humanoid-like robot that’s capable of holding a conversation. Sophie is also unusual in that she has not only been granted official citizenship in Saudi Arabia but has also been given the title of “Innovation Champion” by the United Nations. Sofia is capable of answering a multitude of questions and is learning too. Is she a vision of the future? Examples: ASIMO, RoBoHon, Pepper, Starship Technologies, Ubtech Robotics‘ Walker. There are many such Robosapiens in the world that are replacing Homosapiens in the workplace.  Call it robot, call it AI; they may be named different things but they are now becoming an inseparable part of humanity, isn’t it?

Isaac Asimov, the science fiction author, is credited with coining the word “robotics” in the year 1940. Asimov also laid out the three laws of robotics whichare very important in the context of safety as they lay down the laws of inherent safety. The laws are as much valid today as they were when they were proposed. 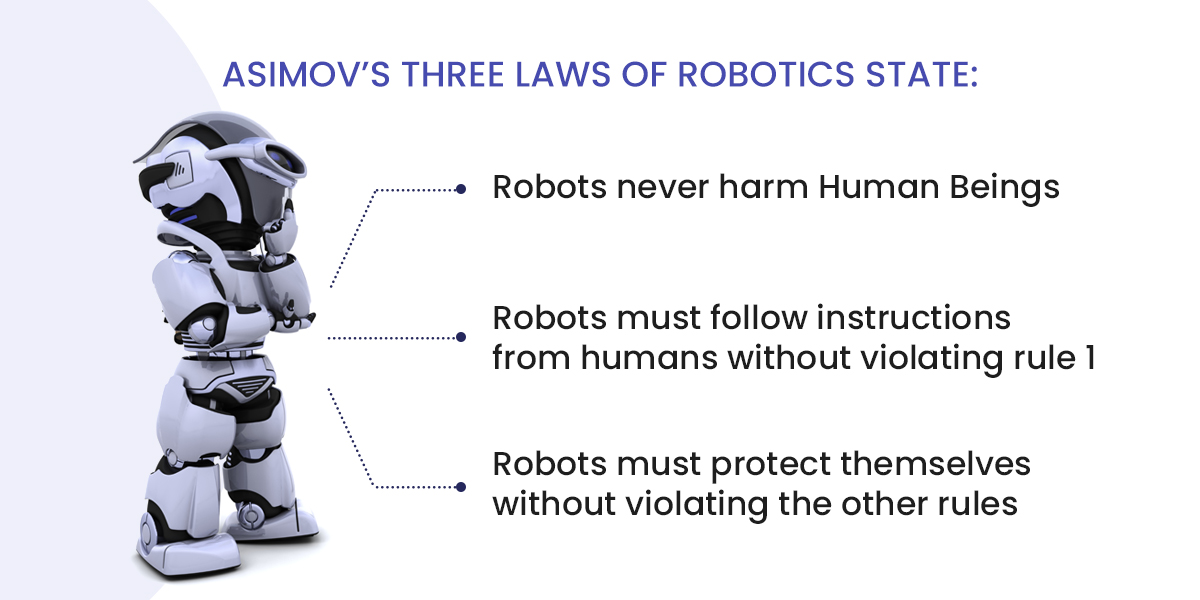 The uniqueness of Robots lies in their ability to go where humans can’t go and sense what humans can’t sense.

Drones are essentially robots that are enhanced with the use of different technologies such as Aeronautics Electronics etc.

Eliminating hazards is an essential aspect of safety. Let us now see how robots and drones help eliminate Hazards apart from human suffering and pain while delivering the required or similar human performance.

Working at height: Inspection of structures at height can be done without climbing on them using drones. Even if the drone or robot falls from height, it will not be a fatal incident and no harm will be caused to a human being.

Fire: We all know that firefighting is one of the high casualty professions in the world. Robots do not need SCABA – Self Contained Air Breathing apparatus nor do they have to be concerned about burns or falling objects etc. Robots can be easily programmed and controlled to perform high risk firefighting and rescue operations. This will help prevent human sacrifice of fire fighters.

Noise and Vibration Hazards: Human exposure to noise and vibration hazards can be eliminated using autonomous programmable robots that work on a designated path using GPS and controlled remotely.

Adverse weather and extremes of temperature hazards: The usage of robots and drones in such conditions help prevent ill health, injury etc. and eliminates human pain and suffering.

Biological and chemical hazards: Human contact with biological hazards and hazardous substances can be eliminated by use of robots and drones.

Another area where robots can eliminate hazards for high-risk work is the cleaning of high-tension live power cables. Now days there are robots available even to do housekeeping and sanitation so there is huge scope for their usage in India especially where there is possibility of harm to human safety while leaving the less hazardous tasks to humans.

As a specialist in Industrial Safety, ASK-EHS believes that the biggest OHS benefit arising from the widespread use of robotics is the replacement of people in unhealthy and dangerous environments. Where humans can expand the skills of creativity, decision-making, flexibility and adaptability, robots can perform heavy-duty tasks with precision and repetition.