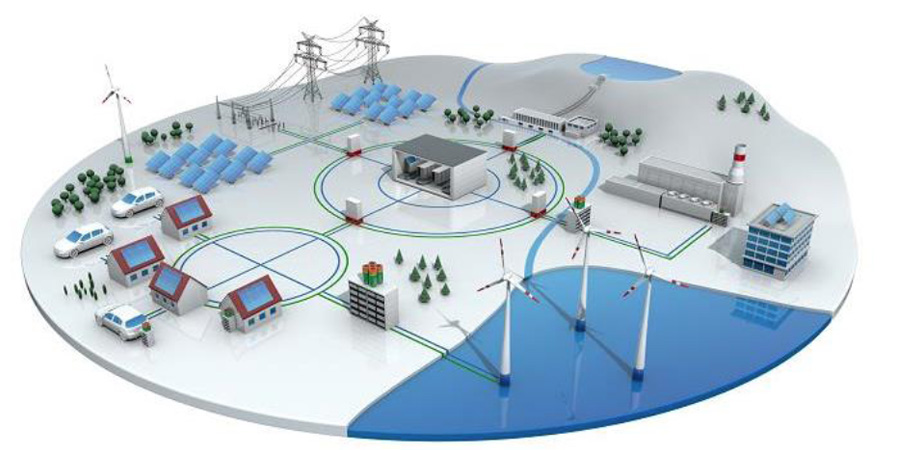 1. Out of all the forms of energy available to mankind, electrical energy is the most preferred one, because of its neat and clean form, easy tapping for any utilization, smooth regulation, reliable control, correct measurement and profitable automation…etc. This aspect prompts engineers, scientists and even common users to convert several forms of energy into Electrical type and then utilize it in civilian life and various industries, including Agriculture sector.

2. Looking at the adverse side of electricity, besides being highly hazardous to human life, body and property, it has no scope for storage, except in batteries to a very limited extent, forcing the users to utilize it immediately on its generation.

3. Another aspect is–peak demands during day and night (24hours) times when every body and every region wants to avail power, e.g. in the evening during 6 PM to 9 PM with almost full installed capacity. Similar situations arise in Agriculture sector where for irrigation of crops in field the peak demands arise in certain months of the year. Such uneven demand patterns, coupled with above-mentioned handicap of storage problem, makes the large installed capacity of electrical power generation idle for many hours in 24 hours. It also creates problem for the generating units to cope-up generation as per the varying demands of the consumers.

4. A similar problem exists for the water resources in India. When it rains, there is flood-situation. When there is shortage of rainfall, there is drought-situation. This calls for need of water-harvesting at the regional level and equitable distribution of river water and dam water. At the national level, there is a need of joining all rivers from north to south, have storage and distribution planning which shall avoid flood and drought situation, to a great extent. The suggestions made in this regard by Dr. K.L. Rao, a veteran Civil Engineer and honorable ex-PM Shri Atal Bihari Vajpayee is worth praising. And implementation for the good of the Indian Nation as such step of establishing a national water grid will harness the natural potential of height differentials. From top of the Himalayas and other mountains to plains and several other needy regions. Such measures are worth implementing, at least now, even after 67 years of Indian independence, during which period immense natural wealth have been lost and additionally the nation has suffered from devastating floods and droughts.

5. For the electrical power sector, national power grid has been formed, though very late as it should have been done immediately after independence of India, which gathers power from various generating sources and distributes to different regions as per national plan.

This national power grid has to be further strengthened, expanded and made more efficient to match and manage effectively the power capacity and distribution network so that power demands are met sufficiently and efficiently. Presently, there is a vast gap between the demand and the supply.

There is a dire need to extend the above-mentioned grid to international arena, particularly to the Himalayan Kingdoms of Nepal and Bhutan, and subsequently to other SAARC nations. Such steps, if implemented, shall benefit the entire South-East Asian sub-continent as it shall avail the benefits of time-differentials from east to west (more than 2 hours).

A very beneficial example of such regional co-operation of electrical power-sharing has been working since a very long time between United Kingdom and France, bringing savings of billions of pounds annually, even though politically they don’t share always the common platform.

6. In Hydel sector, a very viable and commercially profitable possibility exists, particularly where there is shortage of water quantity at heights. Power generated at peak demand hours should not be discharged from tail-stock to down-stream and wasted, rather, that should be collected in dams at low heights. Sell energy at higher rates during peak demand hours and collect good revenue. When the peak declines, lean period comes and electricity becomes cheap, pump up stock for the next peak, like fly-wheel advantage. Commercially, it becomes very viable, offsets the losses in pumping up and wear and tear costs, and brings substantial profit to the extent of about 20% financially.

This venture has been successfully tried at Tehri Dam and Power Houses in Uttrakhand State. This should be done at other Hydel Stations as well.

7. Recommendations: Such potentially advantageous scheme of “OPTIMIZING ELECTRICAL ENERGY MANAGEMENT NATIONALLY AND INTERNATIONALLY” calls for a very serious National and Regional considerations that has immense scope of mutual benefits for the entire sub-continent.