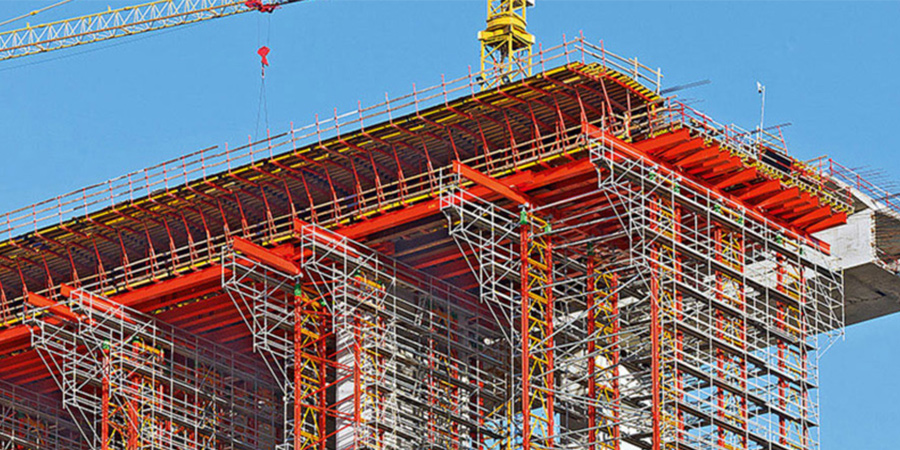 Whenever any large build project is conceived; design and engineering considerations are the first step which kick-starts the project. These are supported by technology supplier and the engineering consultant that form the project management team. Any major or minor project involving construction activities always requires work at height which can be met by the means of scaffolding. The project lead must consider scaffolding as a separate vertical along with major activities like civil work, mechanical work, electrical work, etc.

So here are the 3 key factors that will determine the success of any scaffolding operation:

When scaffold is to be erected at a height of 20m and above or when the scaffold is considered critical, a structural engineer would help you in making an informed decision on the design aspects of the scaffold system. Whether your build would require hanging scaffold, cantilever scaffold or suspended scaffold, the structural engineer is at hand to bridge this gap.
There are a few scaffolding management software which can help you with the basic design and engineering considerations, in order to safely erect scaffold. Scaffold should maintain strength, stability as well rigidity of the structure while the build is in progress. Such software might also provide input on how to ensure safe dismantling, modification or alterations which might be required as the build progresses.

Know your load and load combinations

Scaffolds are designed so that the structure and its components are capable of supporting, without failure, their own weight and at least four times the maximum intended load.
Loads are categorized as dead load, live load and wind load which act upon a structure based on where the load is being applied i.e. horizontal or vertical axis. There can be other loads based on the location of your build such as snow. The self-weight of all the members should also be considered for analysis. The load acting on each level will create stresses in all the members of the scaffolding, thus requiring necessary inclusion as a factor.
Proprietary 3D and structural analysis software can provide solution in this case, on load bearing and movement considerations for the scaffold, required in your build project. The load combinations should prescribe to IS2750 – 1964 (Indian Standards, specifications for steel scaffolds).
The crucial aspect to remember in this stage is the number of man days that would be required to prepare new geometry of scaffold design and execution of load calculations on the software. They can increase the overall build strategy of your project.

Once you have traversed through the above two stages, you would arrive at the execution of your scaffolding plan. Scaffold by design are vulnerable structures with an inherent risk exposing the workers at the site. It may also pose dangers to the public safety. Safe scaffold execution and use should begin by developing policy and work rules with appropriate planning. Here is a short list of scaffolding plan:

These steps broadly spell out how scaffold execution plan takes shape. However, there are other intricate details such as job safety analysis, safety inspection and follow up procedures for the plan which are critical and mostly mark the beginning of such plan.

Public safety and ensuring HSE aspects remains a vital process in scaffolding. Here is a safety animation video from our archives which clearly demonstrates the need of protection for workers while working on scaffold.

Guard rails and hand rails as protection are a necessary safety feature which is included in scaffolding nowadays. The inherent risk of work at height is another issue which can be mitigated via safe work practices and awareness. Here is another safety animation video which addresses the risks posed when working on scaffold and the measures to mitigate such risks.

We hope that through this article, we have clarified a few doubts and added some scaffolding information which may come handy to you in future.

Disclaimer: The blog post is a general summary of the scaffold and scaffolding activities described in basic minimum. It does not conform to respective country standards/ rules. Please refer to the prevailing standards within your country for common minimum protocols and procedures followed.

Feel free to add (in the comments section) your own ideas, adaptations or measures that might bring about a safe and successful scaffold operation.