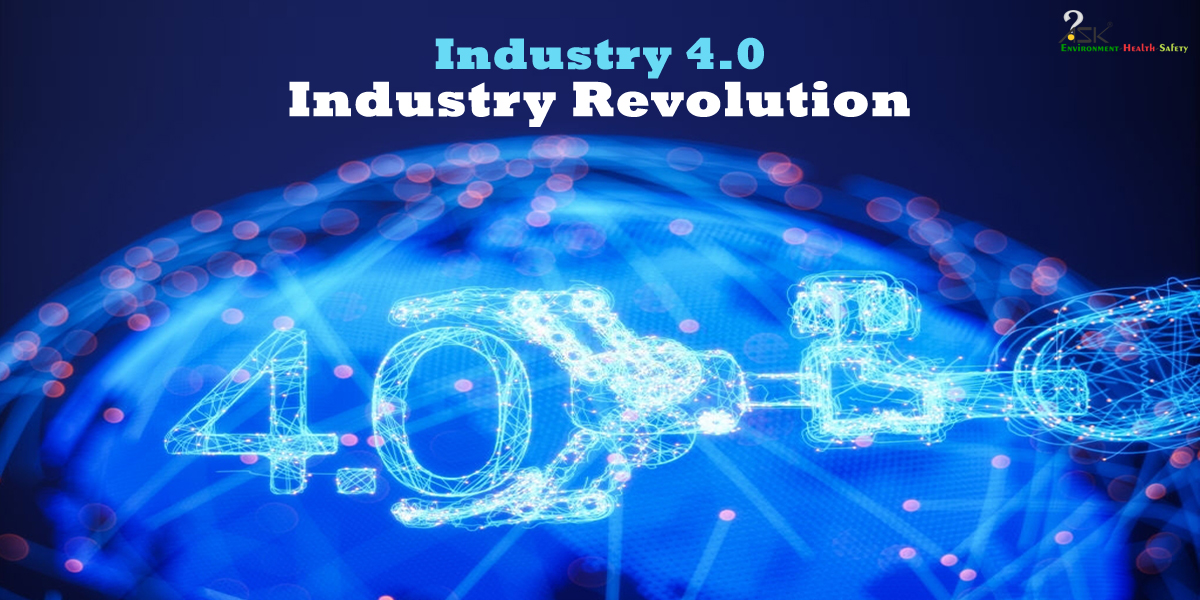 Journey of human progress with the acquisition of Skills:

It is rightly said that apes and chimpanzees, living in forests just like other animals, were our forefathers – mostly surviving on fruits, roots, and leaves of trees and creepers. The first glimpse of skill appears with the sharpening of stone pieces, making tools and weapons with them for hunting animals for food, and starting agriculture for growing grains, fruits, and various other crops. Rearing animals gave them milk, meat, and wool. All these pursuits gave them enough scope to develop various skills of various kinds to upgrade their standard of living along with their progress in warfare. Communities having superior skills and power started dominating over others, established rules, formed kingdoms, and spread them to empires – such as Roman, Greek, Egyptian empires stretching to continental and even inter-continental territories.

It is believed, possibly rightly so, that the inclined plane was the first machine to get the mechanical advantage of lifting higher loads with lesser efforts (called mechanical advantage). Even presently, we use several lifting and material handling tools and gadgets without any prime mover, with human and cattle power only. The invention of metal added further capability for creating tools, weapons, and utensils.

With the spread of activities, growth of civilization and the advent of warfare, technology grew at quite a fast speed in consort with skill side by side. History is the witness of immense human progress of civilization, formation of big kingdoms/empires, construction of magnificent temples, forts, statues, and ornaments/jewelry and huge structures. The invention of gunpowder and explosives added power to warfare and also became instrumental for breaking rocks, making tunnels and subways.

Skill with Technology played a wonderful role in human progress. But the boom is yet to come.

The advent of Prime-movers and application of Intelligent Technologies:

James Watt invented the steam engine in the 18th Century followed by IC (internal combustion) Engines. Electricity and Magnetism research gave us electrical power – both for generation as well as for drives. Hydro, Pneumatic, Wind, Wave, Solar, and latest nuclear power sources were developed which have been serving the mankind for producing goods and services in large scale throughout the Globe, congruously supervised and controlled by skillful hands and minds of Industrial Operators, Engineers, Managers, and Leaders. Commercial Competitions have prompted the Industrial masters to introduce efficiency, quality, and utility, and ease parameters like cost effectiveness, profits, high ROIs (Return on Investment), and various other marketing attractions to acquire larger sales and business. 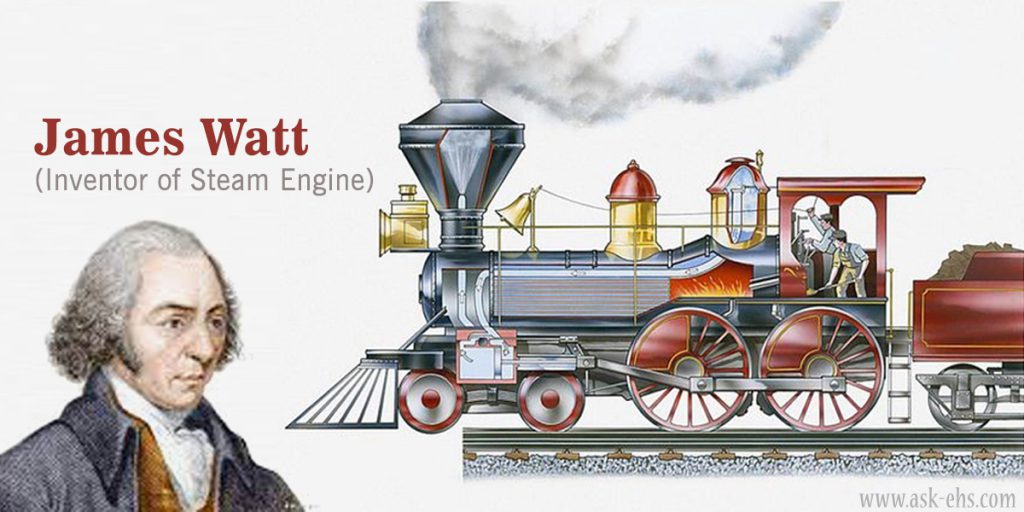 But the Quality of Life, safety, health, well-being, environmental aesthetics and all matters connected therewith and incidental thereto occupied either back-seats or were absent in many cases.

As a repercussion, the World witnessed its First Industrial Revolution in France in the 18th Century which spread in most Industrialized countries like Britain, Belgium, Germany, and almost all Industrialized regions of Europe. The pace of Industrialization increased with the introduction of faster and more sophisticated machines and technology, automation, the introduction of Logic Circuits, and digitalization thus resulting in faster means of production. Now we are at Industry 4.0 Revolution stage witnessing the large-scale application of Information & Communication Technologies. The current Industry 4.0 Revolution is influencing Human Capital Development and Consumer Behavior in a major way.

And again, we are at crossroads where Intelligent Technologies are subverting the Skill-Mix. 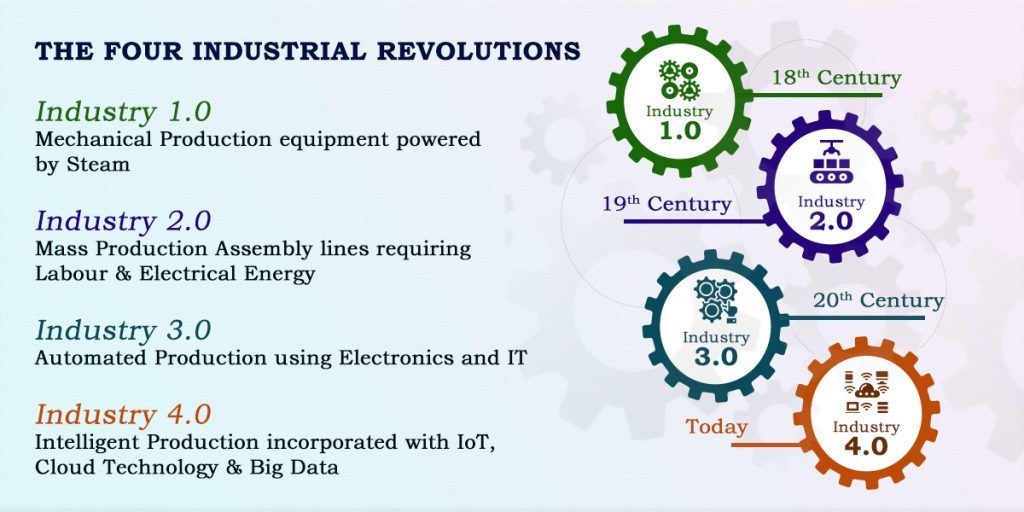 How to accelerate Skill Acquisition in the Age of Intelligent Technologies?

For a moment, let us review the easier concept of Skill. Fingers of men were termed as the best tools in the world, since they were mostly used for doing any job accurately and with a fine finish. If one glances at the skillful and masterly shining flower pots in two dimensions at Taj Mahal Carvings, one shall get fully convinced of the amazing sculptural finish which was achieved with the artistic magic fingers of the skillful craftsmen having a masterly touch of excellence. The same was witnessed in music, paintings, arts, sculpture, and embroideries, etc. To sum-up, skills comprise of practices and the use of human limbs. ‘Yogah Karmasu Kaushalam’ in Bhagavad Gita characterizes the same theme characteristically, raising the status of skills to Divine level, perhaps rightly so, for a moment.

Now, let us turn our attention to the present level of Intelligent Technology amid Industry 4.0 Revolution. It is knowledge-based which cannot be achieved by regular manual practice alone. It needs education, knowledge, science, and technology – better backed with Complex Reasoning including Critical Thinking, deductive reasoning, active learning, and a set of Higher-order Cognitive Capabilities.

For example, see the meaning of modern merchant of war-ships, commercial and military war-planes. Illiterate or less-educated operators, only backed with practice-oriented skills, can’t successfully operate them. The same is true with modern, compact, and complex Industrial processes that need to be operated by qualified Engineers who have undergone rigorous training for successfully handling the computerized operation of intricate and dangerous technological complexes.

Skill Development itself is undergoing rapid advances. The future of Industrial Work is going to be a race between Education & Technology. It is learning not just as we know it. Industrial Leaders are busy tackling Skill Challenges which comprises advanced learning sciences, digital applications, and experiential techniques.

ASK-EHS as your Training & Safety Partner

The nature of work is evolving quickly and will only accelerate as humans and machines progressively collaborate more. In other words, it implies that the Skill of Man must appropriately combine with modern advanced technology for obtaining efficient, safe, and highly productive operation of emerging sophisticated Industrial Units.

This is the call of Industry 4.0 Industry Revolution of the present age. This will lead to an increased focus on continual learning & upskilling to newer category of jobs.

Get in touch with us to know more.