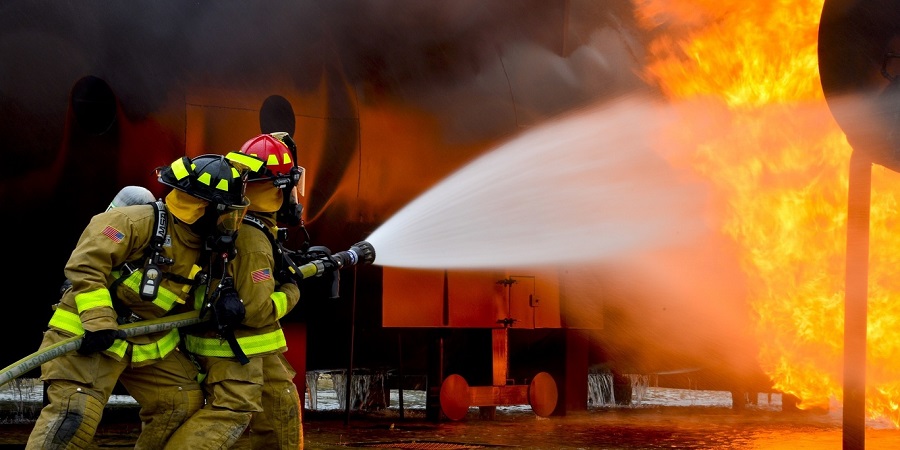 Changing demographics and urban growth has created a new way of life for Indian citizens. Under the premise of offering service that integrates the next level of lifestyle, closer to your home, sometimes which leads to key safety issues being overlooked.

Kamala Mills fire in the commercial establishments at Mumbai, frequent fire outbreaks in small scale industries located within the confines at heart of Delhi. And freak fire incidents from our other metros and large cities have remained a consistent feature of the newspaper reporting.

Last year alone, more than 60% high rises in Mumbai failed to pass the spot fire safety checks done by relevant authorities and BMC. The causes of concern – lack of emergency exits or their passage being blocked; unmaintained and non-functional fire extinguishers; no refuge areas present in buildings and more importantly, a lack of fire safety awareness which is crucial to saving lives, in case of a sudden fire outbreak.

To assimilate a sense of protection and safety, we often look towards insurance policies. However, immediate concerns such as fire safety and road safety take a side stage, not occupying our primary concern.

Modern Indian construct of cities has been labelled as a pile of tinder waiting for the next electric short circuit or kitchen fire to engulf the very lives of its residents. Hazardous material handling especially for flammable and combustible chemicals is often an unregulated activity, little does the neighbourhood know.

To initiate fire safety in public spaces, the foremost feature should be to have an emergency preparedness plan. It might as well cover other emergencies but ward wise planning can at least present glaring bottlenecks within first round itself.

Large gated communities concentrated in spaces need to be prompted about their emergency fire safety planning. Rather than having a ‘tit-for-tat’ approach of spot fines and warnings, integrating citizens and homeowners in such initiatives would go a longer way to create the right impression. Conscious errors of poor construction planning, casual approach neglecting fire safety and lack or absence of fire safety introduction can then be escalated to serious warnings and severe fines.

Home industries dealing with large flammable quantities of material (including paper and plastic based packaging) should formulate a separate plan. Industries that are already plying in densely populated areas should undergo a risk assessment – majority portions in central Delhi underwent a similar exercise and industries were relocated to ensure fire safety in concentrated urban agglomerations.

While this reflects the fire safety connection between the authorities and larger group of civilians, individual responsibility also needs to be identified. This is where fire safety awareness and preparedness needs to triggered into action. Right up from a celebratory gathering to observing our feted festivals – fire safety is a cause of concern for all of us. Practical fire safety tips and training for youngsters cements the idea of safety from a young age.

“A case in point remains the story of 11 year old girl Zen G. Sadavarte who saved 15 lives at Crystal Tower in Parel, Mumbai when the top floors of high rise were on fire. She remembered her fire safety orientation from school and not only alerted her neighbours but also helped make a cotton purifier (wet) to help breathe in extremely smoky environment”.

Effective yet simple, awareness and training can go a long way in reminding citizens the key “do’s and don’ts” of fire safety. Similarly, while preparing for fire safety should be seen as individual responsibility, a plan for its collective responsibility also needs to develop. How can citizens and authorities collaborate in case of fire outbreak to make each other’s job simpler. Rather than being dependent, how can the citizens become proactive while the authorities with trained professionals look to mitigate harm?

This safety intelligence can arise from dialogue between the informed citizenry, civic authorities and developers who are shaping the urban landscape. However, the first step to preventing fires in public spaces remains vigilance and awareness. Only they can get the ball to start rolling and prevent further tragedies.