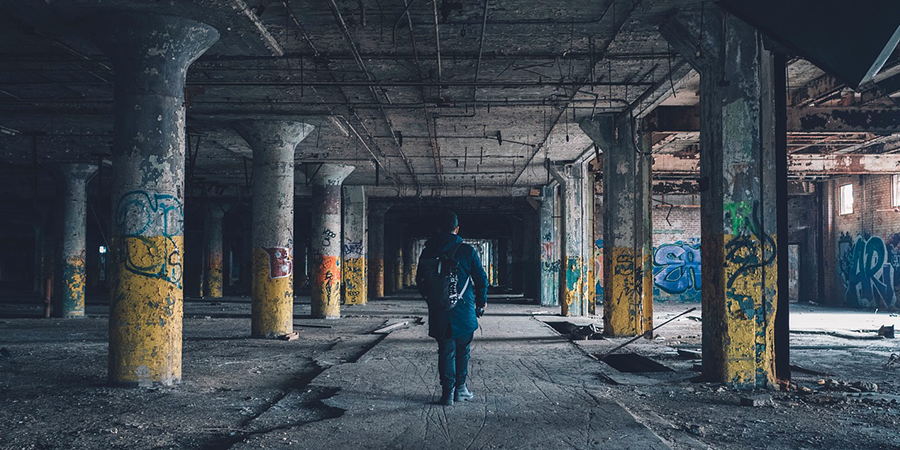 Is urban decay and pollution a real factor affecting health of its population?

Urban decay is defined as occupied sites related to commercial or industrial activity. Due to the nature of activities – manufacturing, production, storage and similar commercial interests, they have a higher chance of polluting its vicinity and site itself.

For example, large scale commercial garages store and discharge hazardous fluids. Without proper controls these are bound to leak into the surroundings. In such cases, although the business might be environmentally compliant on paper, it is still causing much harm underneath.

Similar cases of asbestos in construction, harmful lead and cadmium based paints for interiors from olden times and even large scale food operations have given rise to biohazards while choking the underground drains with discarded food and oil.

All of these effect our health in more than just few ways. Biohazards are the most hazardous due to their long term impact over large swathes of population. Chemical hazards are next due to the nature of threat and its consequences, like fire hazards.

Are their effective ways to monitor and control such situations?

Vigilance is the key to detecting such threats in urban environments. Another option is to monitor the water pollution levels consistently so as to create a good data bank to rely upon, in case, it is needed to be presented to the relevant authorities.

Control might be an issue in this case as most such establishments have their own set of rules. Thus, a friendly neighbourhood reminder of monitoring sends out a strict message to such businesses.

Finally, contacting the authorities over the concerns of hazardous commercial activities playing in your area can reap benefits. Many state high courts have taken a strict view of such establishments and asked the government to re-settle them onto designated areas for industrial activity.

If there is a strong likelihood of polluting establishments with proofs and little to not help from the authorities. Then seeking the help of the law can make all the difference to the quality of life for you and your neighbourhood.

What can ‘us’ as citizens do to help with the situation?

In case of India, urban spaces that are left to their own (without ownership or construction on them) are generally neglected. Take the case of empty plots in small industrial areas – hazardous waste dumping, both biological and chemical in nature harms their value and affects the people around it.

Resident welfare associations and communities should implement a short term plan for such sites. There are government (urban body) funding to be explored within this context. An involved role of citizens can ensure such fallow land to turn into productive small farms or even gardens. These can serve as a habitat for both urban flora and fauna. In fact, instead of full-fledged parks, smaller gardens that come with local ownership can have better prospects; in terms of their maintenance and upkeep.

To keep a check on fallow land going waste, simple gardening and floriculture techniques can come to rescue. The land can regenerate with health growth but is bound to perish under neglect.