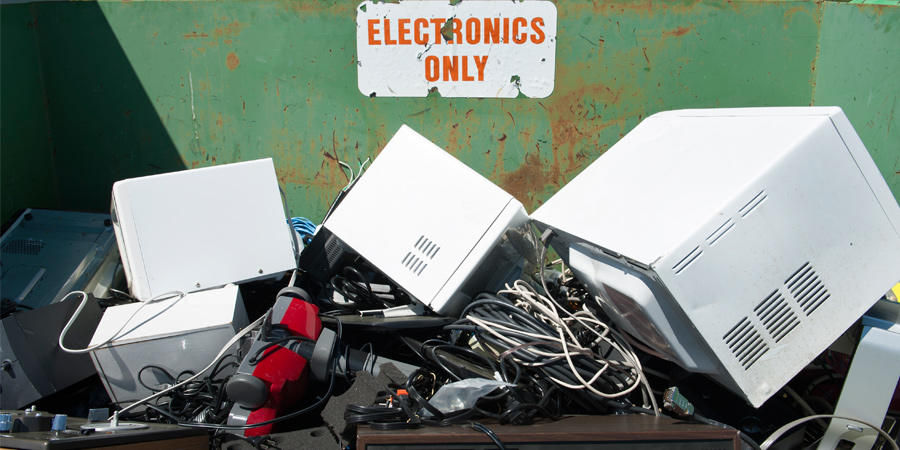 The liberalization of Indian economy in the early nineties opened up the market to all sorts of new brands and products. This allowed exponential growth in all sectors as we emerged as one of the leading IT economies by turn of the century.

Personal computers were the flag bearer of the revolution then. And with over 1.03 billion mobile phone subscribers, mobile telephony is leading it now. “Digital and digitalization” have become the buzzword as newer technologies and the rise of social media brings our nation together.

But have you ever wondered about the curious case of electronic waste or e-waste, the sheer volume which is generated each year across our techno-enthusiastic nation?

India currently is the 5th largest producer of e-waste in the world. This number would change drastically pushing us to top three by 2020.

As is the case with most issues in India, we have been thinking retrospectively on the problem of e-waste. An ASSOCHAM report in 2016, put the e-waste produced by India at 18.5 lakh tons. Then, there is the additional load of about 50,000 tons of e-waste which we import and process. India recognizes e-waste as hazardous waste.

A cursory look at various hazardous materials found within the e-waste would yield names like cadmium, hexavalent chromium, lead, mercury, brominated biphenyls and many such well known pollutants. Exposure to such pollutants and its hazards have been studied and reported widely. However, e-waste also contains rare metals such as palladium, gold and silver along with copper. 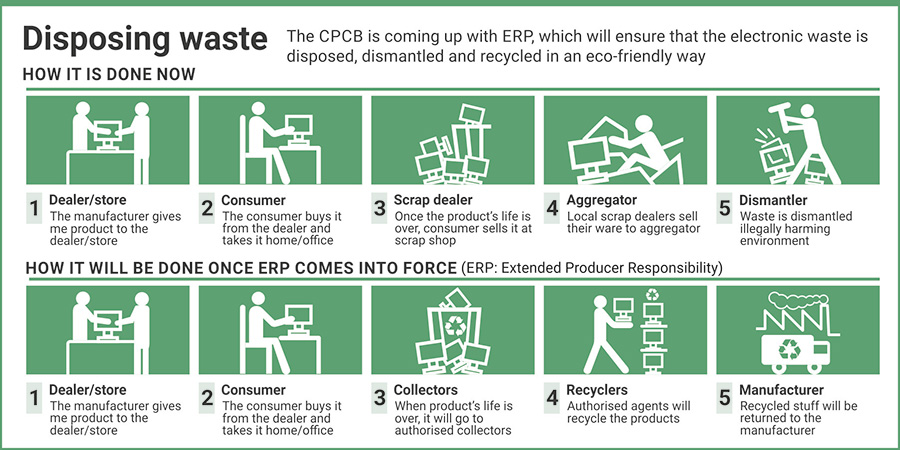 In short, the disposal and recycling of e-waste not only involves hazardous chemicals, but it also has considerable economic value attached to it. In Western countries, specialized smelters are used to extract the rare metals. All the while, the process is contained, both chemically as well as emissions wise. India does not have a single full-fledged smelting facility which can emulate this process.

In India’s case, 90% of recycling of e-waste is in the hands of unorganized sector. The unorganised sector recycles e-waste in four steps: segregation, open burning, grinding and washing finally leading to acid wash. All of these steps are undertaken manually with much secrecy around burning and acid washing as they have been banned by the state pollution control board.

The emissions from burning printed circuit boards, leachates penetrating ground water due to improper storage and heavy metals accumulating within the soil at unregulated sites, makes e-waste a hazardous source of pollution.

It now places the onus with the ‘Producer’ under the Extended Producer Responsibility (EPR) plan. This means that the producer or seller of electronic items being sold in India would have to acquire authorization from the Central Pollution Control Board (CPCB) in form of the EPR license. This license is based on defining the e-waste recycling channelization program.

This program outlines, how the producer or seller will ensure collection of its sold products from the consumer, whether directly or via other channels, in order to recycle them. The responsibilities of collection centers, recycling centers and dismantlers have also been mentioned. The consumer in this case has to be the most critical step in disposal of e-waste as the ‘end of life’ cycle begins with him ensuring the return of electronic item to the right channels.

For example, e-retailer Amazon has recently been granted the EPR license by the CPCB. This illustrates how the new e-waste management rules would hold the producer or seller of electronic items and appliances as the conduits for disposal of e-waste later. The E-waste Management Rules 2016 has ensured an ‘end of life program’ for the electronic items and nominated CPCB as the overseer of its implementation along with assistance from the state pollution control boards.

The onus of e-waste collection and disposal in environmentally friendly way would essentially be the producers’ responsibility. But, the fact of the matter is that such explicit definition outlining the responsibility of e-waste generated, would ensure better strategy implementation, in theory at least.

But as is the case with any rule or law which exists within the land, its awareness and in this case, understanding the consumer responsibility would ultimately dictate how our e-waste gets recycled. Another missing link in the chain of thought is the unorganized sector that partially recycles the e-waste in large cities across India; do we have a way to include them within this purview without disrupting their livelihoods or causing harm to environment?