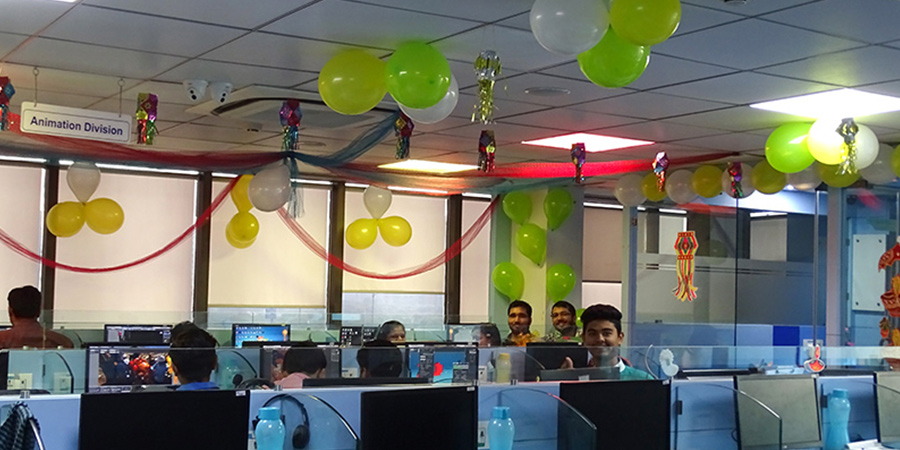 Deepawali, the festival of light brought the same influence and energy to the doorsteps of ASK-EHS family located here in Surat. A normal office with several divisions who coordinate with each other over their line of work were transformed into a chirpy and excited lot coordinating over decorations and festivities. 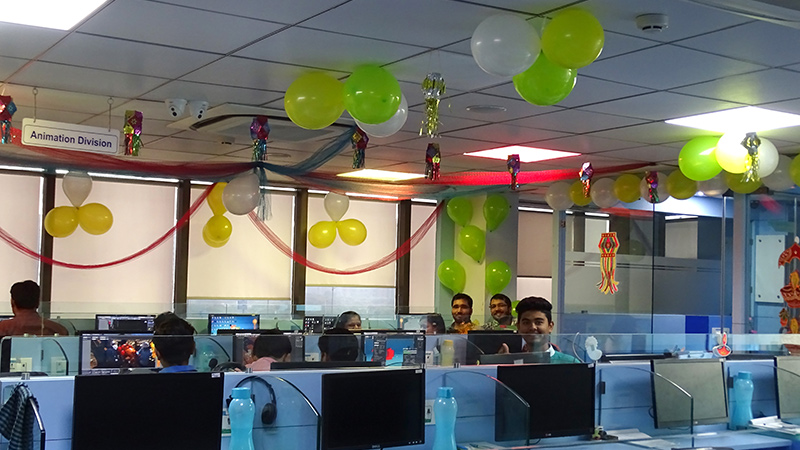 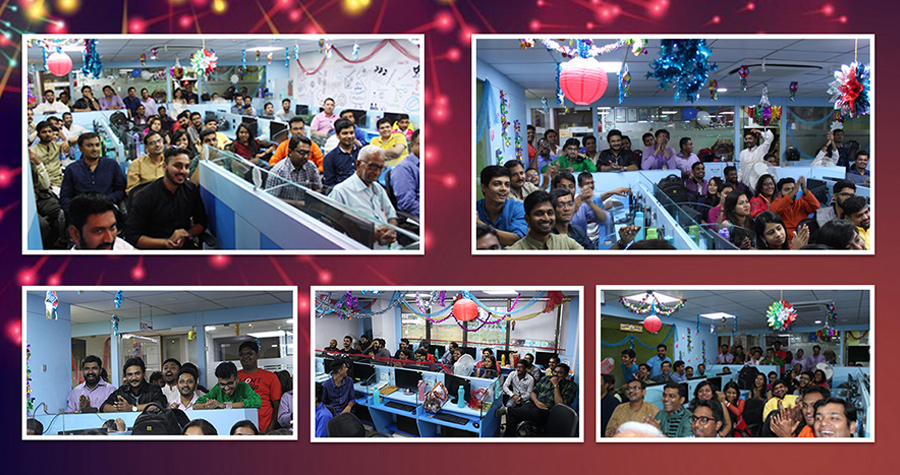 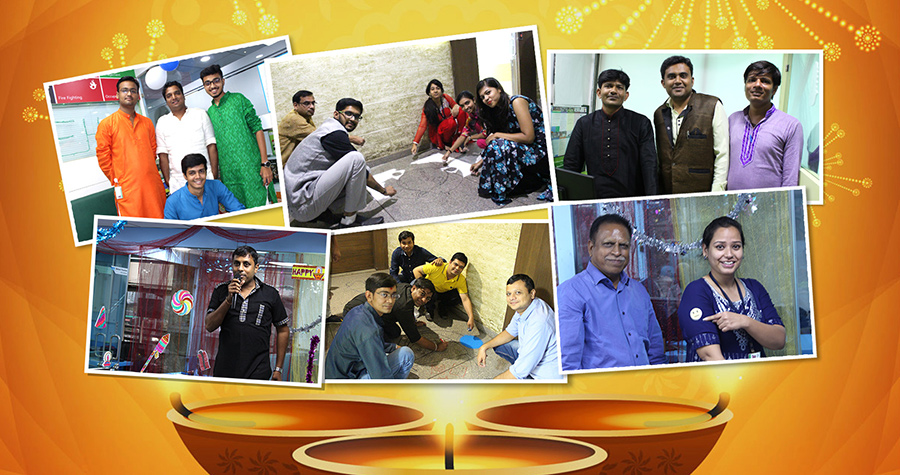 Each division and the whole of the office area adorned a festive look with colours, cut-outs and balloons. The whole energy was spent to ensure that the serious ‘office-hour’ look was uplifted to a more passionate festive spectacle.

On 18th Oct’, a sumptuous lunch arranged on the premises officially kicked off the celebrations. Volunteers helped with whole process while the main event management team which comprised of the HR personnel ensured emceeing of the Deepawali celebrations.

A list of almost ten people performed various acts including recitals (song/poetry/rap) while some members of the office indulged in one-off dance routine. Engaging performances, riotous laughter and encore cries littered the whole office air. This performance act later gave way to the ice-breaker session which was cleverly organized. It involved the new employees paired as partners taking the stage and trying to guess “words or phrases”, the catch here was that you could only lip sync. Much to the amusement of the audience, some participants did astonishingly well, while some delivered a performance, worth remembering. In the end, laughter and joy were the real winners here. 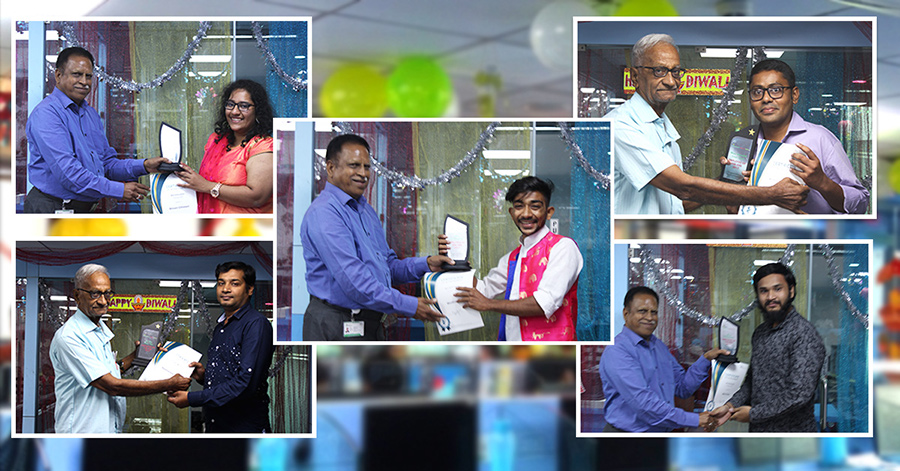 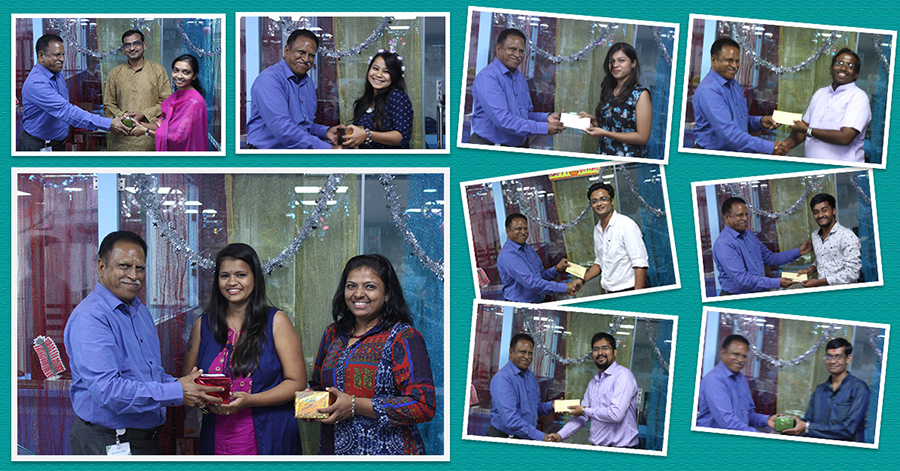 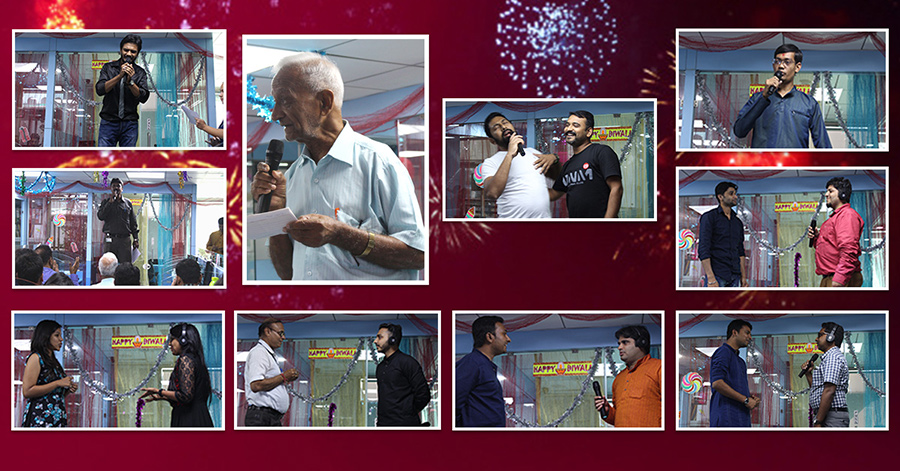 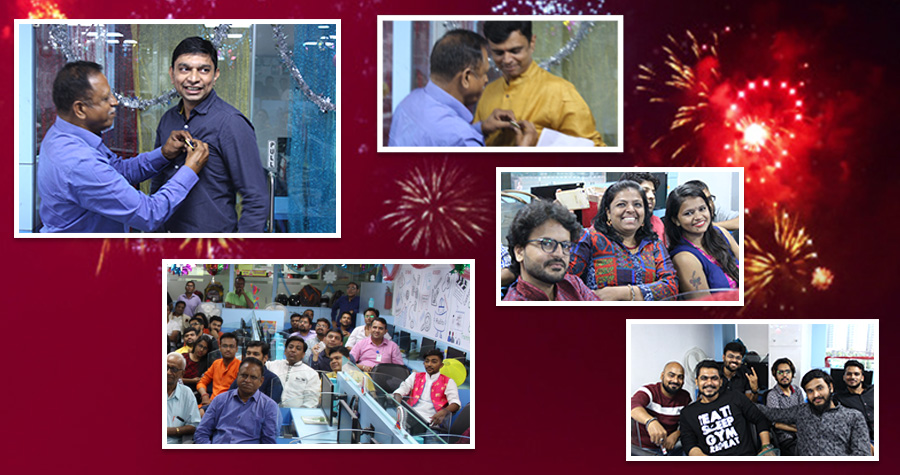 Employees/workers lie at the heart of any organization and it is through their concerted efforts that an organization rises. This time-tested truth was recognized by the ASK-EHS management via awards and token of appreciation towards member of the ASK-EHS family whose duties have become indispensable to the functioning of the organization.

A reason to celebrate, to interact and in the end, enjoying the spirit of camaraderie was well demonstrated as the program went on.