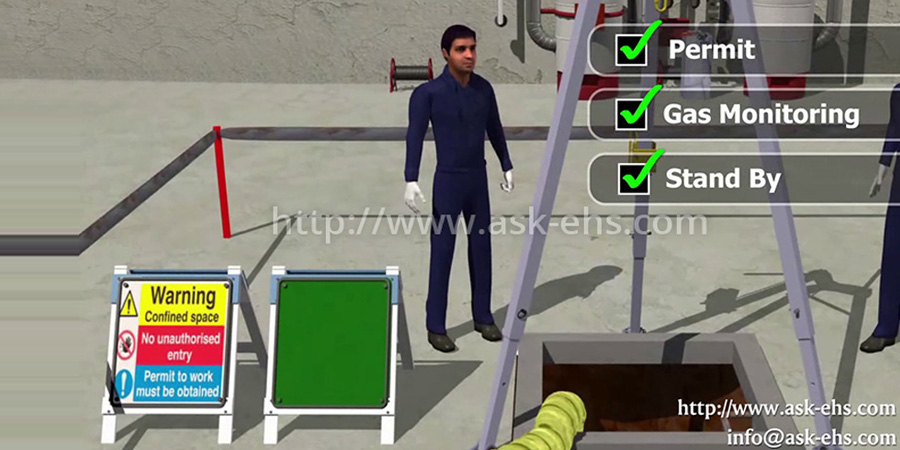 Confined spaces are prone to some of the most dangerous threats to worker lives and well-being. In fact OSHA’s statistics determine over 600 people losing their lives in hazards related to confined spaces. These are not just alarming but disturbing numbers!

Another study done by a California company suggests that a lot of the affected victims are actually rescuers who are overcome by the emotion to save their colleagues but instead becomes victims themselves. This is a case of serious concern to corporations all over the world.

Appropriate engineering controls, permit systems, safety inductions among others are considered some of the most preferred solutions to quell these threats. Corporations are not shy of spending millions behind the safety of their work-forces, yet fall short of safety performance. Some observations (studies) suggest that in almost 40% of atmospheric accidents in confined spaces, the hazard was not present at the time of initial entry.

One of the most productive training methods being used worldwide is using audio-visual medium to train and acquaint the work-forces. Any audio-visual medium like a video (animated or live) does well to explain the hazards effectively to literate or semi-literate work-forces. In fact, some animated forms of movies are said to be 10 times more effective than text (PowerPoint) driven presentations.

Using animation, one can present hazards in its exact form thereby, creating a lasting impact in the minds of an audience. The easy-on-the-eye format can then use technologically clever effects to showcase the prevention measures. Some movies have been designed specifically for training work-forces in exercising safety when working in confined spaces. More examples here:

What are the most effective training methods used by corporations today? Share your insights & experiences with us…

4 thoughts on “Confined Spaces – Learning to Deal with Risks Involved”