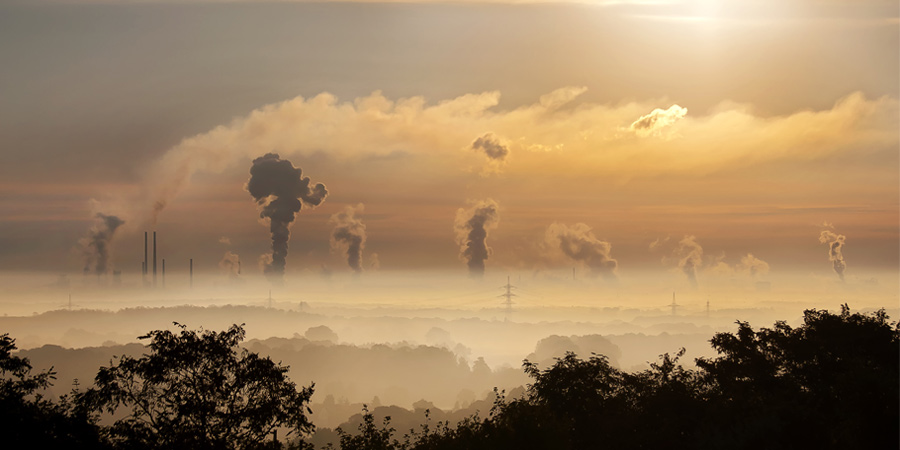 What is Air Quality Index (AQI)?

AQI takes the weighted averages of major air pollutants and converts them into one value which can be widely used to communicate the air quality information of an area. These weighted averages are based on break-point values (concentration) of each pollutant like SO2, CO, NO2 etc. defined by the Central Pollution Control Board (CPCB) and constitute the Indian National Air Quality Standards (INAQS).

The measurements, their weighted averages and corresponding values have been simplified into the scale provided below which we most often see:

However, we have to realise that each country or region may define their ambient air parameters differently. Same is the case with measurement intervals which help in generating the coloured scale range shown. Therefore, the scale values and range may correspond to different levels of common pollutants in other countries, an issue which is being discussed between the nation states. To put it from the readers perspective, the Indian NAQI is stricter than the U.S EPA standards, so 500 AQI reading in Delhi would read as 420, say in Washington D.C.

The PM10 (≤ 10µm) and PM2.5 (≤ 2.5µm) are the harmful factors as they correlate to the particulate matter size which is suspended in the air. Human hair is about 70 micrometer in comparison. Combustion particles, organic compounds and metals mostly contribute to PM2.5. Therefore, its size and nature makes PM2.5 harmful as they can get absorbed in the alveoli of lungs and within Eustachian canal of the ear. PM10 is mostly composed of dust, pollen and suspended dirt therefore can cause allergies in susceptible people.

Outdoor air, largely remains out of our hands but can we at least do something about improving indoor air?

Thankfully, indoor air and air circulation are somewhat controllable as we can regulate its flow and direction, anytime. Yet, indoor circulation and air is largely dependent on external factors. The biggest factor for concern is the PM2.5 which is polluting the air. Particulate matter of 2.5 micron or lesser cause the most damage as explained earlier. But, indoor activities such as lighting incense, smoking and incessant use of synthetic materials can give off pollutants which might not be common outdoors but are plentiful in the indoor air. Volatile Organic Compounds (VOCs), carbon monoxide, formaldehyde (from carpets and heavier rugs), aerosols used in several forms, mold, other allergens and sometimes even radon gas (depending on geology) can pollute indoor air.

Then there is the use of popular mosquito repellants and other such aerosol products which may cause trouble in breathing and uneasiness, if the indoor air circulation is poor. Large scale offices can suffer from Sick Building Syndrome (SBS), where the HVAC becomes the source of distribution of molds, allergens and poor quality air due to lack of maintenance and care. Lack of fresh air intake, ventilation and cleaning turns HVACs into a source of infection and SBS signs range from palpitations, fatigue, backaches to sore eyes, suffocation and dry throat.

In order to make your indoor air cleaner, plants and small shrubs can provide a drastic improvement. Plants can outperform aerosols and other smell-reducing products in a much superior and more naturally efficient way. In fact, NASA study on air-filtering plants which improve indoor air quality is worth a look, as popular websites have condensed it into a reader friendly infographic. It shows about 12 different varieties of plants which can effectively get rid of common chemical pollutants present indoors.

Biological agents such as mold, fungus and dust mites develop mainly due to lack of sunlight and at more than 50% humidity. In milder cases, general cleaning and hygiene practices can be used to get rid of such agents. However, in case of infestation, proper pest and mold control measures undertaken by experienced personnel becomes necessary. This is crucial as mold and dust mites can cause severe respiratory distress on short term exposure and prolonged exposure can lead to serious infection within lungs.

Indoor plants and shrubs remain as the most efficient solution for filtering your indoor air. They might not get rid of particulate matter but when it comes to oxygenation and removal of harmful chemical pollutants from air, they remain the logical choice.